March 03, 2010
If you see me walking around with my eyes closed, bumping into things...can you wake me up please?
Braeden is getting his last two molars (which will then give him his 20 teeth that he needs for now) and he has been a nightmare child at night.
He has been waking every 1/2 hour. I kid you not.
It's not a peaceful wake-up-and-then-roll-back-over-cuddling-meerkat kind of thing either. It is more of a SCREAMING-CRYING-MUUUUUUUUM wake up call.
I try settling him with a drink of water, a cuddle, meerkat. Mostly it doesn't work. Mostly I have to breastfeed.
After my glowing post on breastfeeding just...er...recently, you would think I wouldn't mind at all.
Wrong.
I have been battling a sore throat the last week or so and swollen glands, body aches. It is from pure exhaustion. No other reason.
I am just a little bit over it now. 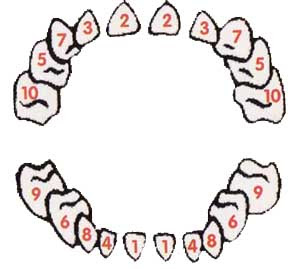 Ryley, on the other hand, is tired.
Exhausted from school. From life in general I think.
I finally decided to research pseudoseizures, which is what his neurologist thinks might explain some of his seizures that aren't organic.
Wish I hadn't.
Pseudoseizures are still seizures. But they are generally related to deep psychological issues that a person might have. The emotions that a person is feeling will trigger the seizures. So in Ryley's case, when he is sad, upset, angry, scared, he tends to have seizures. They are almost one of his coping mechanisms.
We know that Ryley has seizures. Organic in nature. That is, he has no control over them. How many of them can he control though? By that, I mean, how many can he 'bring on' so to speak?
If he was a neurotypical kid I would whizz him off to a neuropsychologist.
But he isn't.
It has taken ?how many? years to get my neurologist to even mention an actual name for these seizures that occur whenever Ryley needs to express an emotion.
Well fuck I don't know.
It probably can explain a lot really.
But the question is how can I help Ryley? How can I truly understand what is going on for him?
Things to ponder. Things to ponder.

In the meantime, he is loving his slide. Him and his brother are loving helping me cook tea at night. They are both in competition to see who can help me the most with the jobs around the house. And they are both doing a great job of washing themselves in the bath at night.
seizures teething