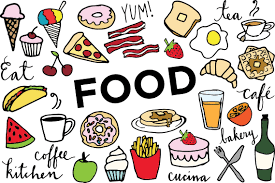 We have been working hard on helping Ryley start eating proper food again lately. He has basically lived on artificial formulas for the past 10 years. Not that this is a bad thing. It has helped him grow and enabled him to move his muscles better, so I am very grateful that this has even been an option for us.
But it time to start moving away some more from the formulas.
The first change was when he came off the Ketogenic Diet. This was a massive step for us. It had been our security blanket for a very long time. It all went smoothly though.
Since then he has been having 3 PEG feeds a day and we have also given him food at each meal as well has snack time. This has gradually helped him remember what food tastes like and allowed him to experience different tastes and textures again.

Today, I had this glorious remark to David when he got home from work:
"Ugh. Boys just eat sooo much. Ryley has not stopped eating all day. Teenagers..."

When I think back to those early years, where eating was something that caused stress for both Ryley and us, it blows me away to think he is almost now eating too much.
Well. Not too much. Just regular teenage boy amounts.
He still can't chew very well, but even that is improving. Perhaps the constant teeth grinding is actually helping something..!

The difference is of course, that someone has to feed him still. He can pick up fingers foods, but things like yoghurt and puree's we still have to help him. We are building on those skills though.

We aim to wean him off his PEG feeds eventually, though that may not be a totally realistic goal. But each day is a step closer to him not relying on formulas to keep his body growing. And that is very exciting!