December 02, 2009
I wanted to do a really special post for my 100th post on this blog. Many of you know that we did have another blog, but it got lost in cyber world (we have been able to retrieve some of it).

I wanted to share with everyone some photos that people may never have seen before of our Ryley.
I also wrote the piece "Hello Little Man" when he was 2 and 1/2 years old. I still get a little teary when I read it, because the emotions I was expressing were so raw. I think you will see what I mean...

So first, some photos: 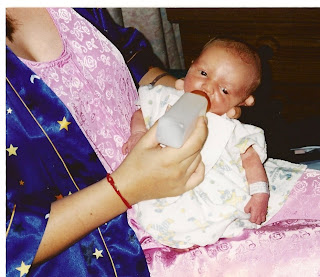 Feeding Ryley some of my expressed colostrum. He is 1 day old. 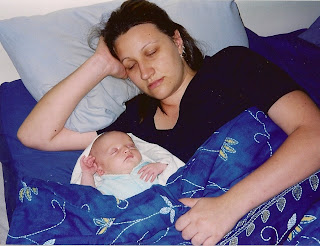 The day we got home from hospital. One of my favourite photos ever. 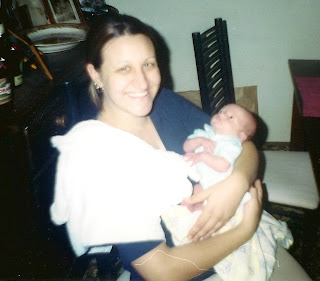 I am smiling, but I had just struggled to feed Ryley my expressed milk. 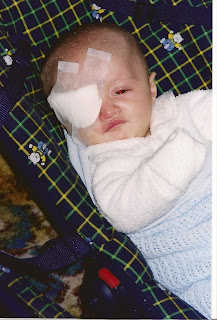 Ryley, aged 4 months old, after his first operation. It was a lensectomy. This breaks my heart everytime I see it. He is so very sad. 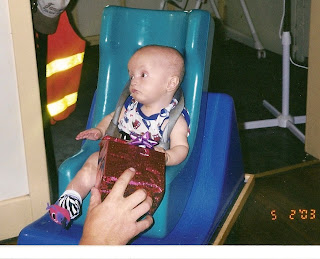 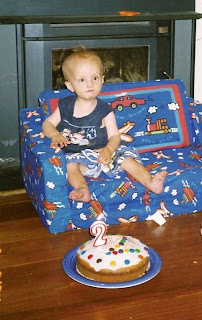 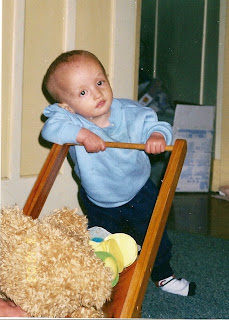 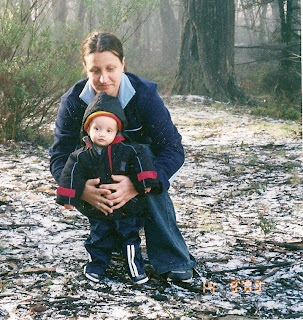 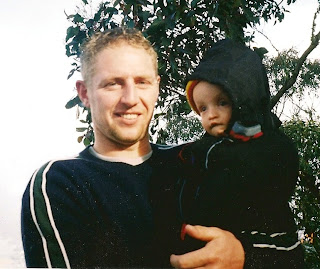 19 months old in both these pictures. 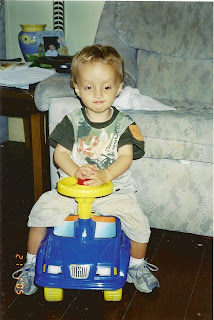 Just before his 3rd birthday 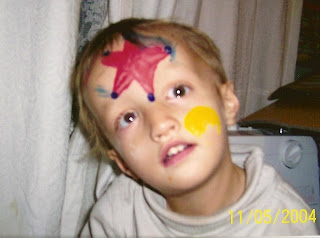 The date is wrong on this one. He would be about 4 years old here! 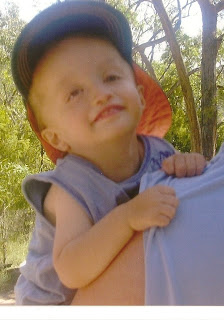 My cheeky little man (just before he turned 3)

The reply that this unsuspecting person will get depends on how I am feeling. The difference between a normal answer, and one that attempts to justify my son’s disability depends on the type of day I have been having with him.

“He’s two and a half years old”

That is the line I have been waiting for. What often results now is a lecture on his disability, which is called Wolf-Hirschorn Syndrome. What begins as disapproving and suspicious facial expressions, on behalf of the stranger, ends with a sympathetic:

“Oh you poor thing-but he looks so happy”.

It is not surprising really, that society has kept the disabled away from the scrutinizing eyes of society. While I now accept the ongoing ritual of explaining my son’s rare chromosomal disorder to people (normally perfect strangers), it is often more difficult for parents who don’t have a diagnosis, or are not coping with the daily challenges a disabled child brings.

What society fails to take into consideration are the ongoing battles that disabled children face in order to get accepted. Parents are faced, usually on a daily, sometimes hourly basis, with challenges that receive very little recognition. Certainly, well meaning people like to offer the phrase that makes people like myself cringe: “Only special people are given special children to look after”.

My response to that is: NO! WE WEREN’T GIVEN A CHOICE! WE ARE NOT SPECIAL! I question constantly people who tell me this, and now enjoy seeing them squirm when I respond by saying that I don’t consider myself special, because I didn’t ask for a disabled child. I wanted a normal, healthy one that would grow up in the image of his father and me. Just because I have a disabled son doesn’t make me a hero, and it doesn’t make me a special person. I simply love my son unconditionally, and make sure that he gets everything he needs in order to maximise his potential, and ensure that every day he has with us, is happier than the last.

Yes, we face daily challenges, and yes we spend terrifying nights in hospital. But when our son achieves a milestone, or makes a new sound, or attempts to do something different, we are filled with such intense feelings of pride and happiness that we couldn’t possibly believe that people think we are special.

It is our children that are special. The way I view my son’s disability, is that we have been given an exceptional opportunity to share our lives with a little person who has been sent to teach us about love and compassion. He is a gift to the world, sent to teach people how to respect and accept each other, no matter what shape or form they come in. My son’s disability has given many people new meanings in their lives. I watched as my Grandfather (whom I had little to do with growing up), become a big part of my son’s life: “If Ryley can have an MRI and not get upset, so can I”. I watched as my friends accepted my son, and encouraged their children to play with him. I watched as an entire football club rallied behind my son’s father and constantly ask how the ‘young fella’ was.

Life wasn’t always this easy though. Suddenly we got thrown into a world we barely knew existed. The medical world is a different club, to which you don’t particularly want to belong to. Endless testing, traumatised all of us, and continues to be difficult. Weeks filled with doctor’s appointments became the norm, and we felt relieved if we had a day to ourselves. Therapies began, but there was little to be done initially, and attempts to join a developmental playgroup, left me shattered.

Finally, on our road, we came to a turn off, and we took it. We ceased the doctor’s visits and the therapy, and spent time as a family. It didn’t seem important anymore to spend so much time trying to find answers, when our answer was in front of us all along.

Our son was disabled.

Despite the doctor’s reassurance that he had just had a rough start, we knew deep down that they were wrong. When finally we faced the reality of the situation, life became a little easier. Instead of grasping desperately at the glimmer of hope, we began to see things in a different light.

If life was going to be a constant stream of doctor’s visits, we opted not to follow. We decided that we wanted what was best for our son, not what was best for the medical world. So we just stayed ashore for a while and progressed along at our leisure and enjoyed our son for who he was, not for what the tests showed or the doctor’s said. We then got to a point where we wanted some final answers, and we went back to the geneticists who confirmed our own suspicions.

Our son had Wolf-Hirschhorn Syndrome, which he had inherited from my balanced chromosome arrangement.

Finally armed with a label and an identified syndrome we felt ready to take on the world. Although this did not change how we viewed our son. He was the same little kid to us; we just now had a formal explanation, one that was acceptable to society.

Having a diagnosis has helped us, as we have discovered that many of our son’s characteristics match the syndrome. It is nice to be able to talk to other parents, as far away as the UK and the USA who have children with this rare syndrome. There are other children in Australia also who have this syndrome, though the numbers are quite small. Being part of a support group has helped us share an identity with others, and we have become part of another exclusive club, this time one we want to belong to.

While we have accepted our son’s disability, he is still going to be facing numerous battles in his life. These are largely due to the poorly educated members of our society who have had no contact with the disabled. It’s to those people I want to shout: Stop! Pay attention! This child can teach your far more about life than anyone else!