I carry your heart (I carry it in my heart) 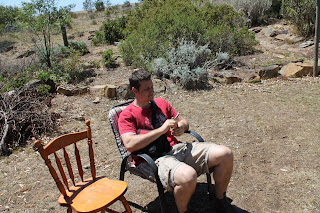 I don't even know how to write this blog post.
I guess I should start by thanking everyone for the messages of support my family and I have received in the past few weeks.
For those not on Facebook who might not have seen my post on Friday, it read like this:

My brother Jacob entered eternal life yesterday and is back home with God. He is now at peace. Thank you to everyone for your prayers, messages and support through this very difficult time. I carry your heart (I carry you in my heart). Things will be never be the same.

Jacob, my brother, passed away after a short illness on Thursday 9th of May 2013.
He was 31 years old.

Even as I write that I still don't believe it.
How can he be gone?
I only spoke with him on the phone the day after he went into hospital and as usual, he wondered why I was ringing him when he was only going to be in hospital briefly. In fact, he told me, he was planning to go home and then just come back in on Monday to have the tests done.
I will always be grateful for that telephone call I made, for it was the last time I ever would use the phone to talk to him again.

I feel this emptiness inside me at the moment as I somehow move through the days.
Yet the thing is, I keep hearing his voice.

Bacon Bones.
That was what I used to call him.
I often started emails to him like that. Or I called him Yakov.
Even as I write this I can hear his voice saying "An.Na."
I guess I better make sure I write good stuff about him hey?

Jacob was a tall, strong man. And when he was a kid...well...let's just say our fights would often involve the testing of ones strength. Usually on either side of a bedroom door!
He was always strong.
Sometimes he would forget that.

Jacob was a father.
I will never forget when he sent through the ultrasound photo of  'peanut'. He was so excited about becoming a father. He loved his daughter with every inch of his being. She will always know how much he loves her.

I want to write so much more.
But I can't.

I can only hope that Jacob can see how LOVED he is and will always be.

How do I walk through this world now?

I carry your heart (I carry it in my heart).